J and I celebrated our third wedding anniversary this past week.

Awwww, I know. Huzzah for us!

Coincidentally, I had to reschedule my 3 month labs and follow-up appointment with Dr. R due to conflicts, and it happened to fall right around our anniversary. I decided since we had plans to be in and around Boston for the day to celebrate our anniversary, it would be logistically logical to schedule my labs and 24 hour urine drop off sometime during that day. So, our Anniversary Day schedule was as follows: 11:30 brunch, 2:00 blood work and 24 hour urine drop off, time around Boston and then a nice dinner at Top of the Hub to watch the sunset.

Best laid plans right? This plan all sounded well and jolly but then I realized...from 11:30-2:00 is quite a bit of time! We'd be carting around the jugs between the time when we left our house, arrived at brunch, ate brunch, and then went on to Dana-Farber.

Our conversation during brunch went something like this, as I started to visualize what might be happening in our hot car:

Nothing says romance like discussing jugs of pee over brunch, eh?

Luckily, the jugs were fine. Nice and chilled. And, on a side note, it's recently come to my attention that not all labs require 24 hour urines to be cold. MD Anderson's lab for example: no refrigeration necessary. Wow. Well, that must be nice!

Overall, a very nice day to celebrate. Blood work, jug drop off and all. 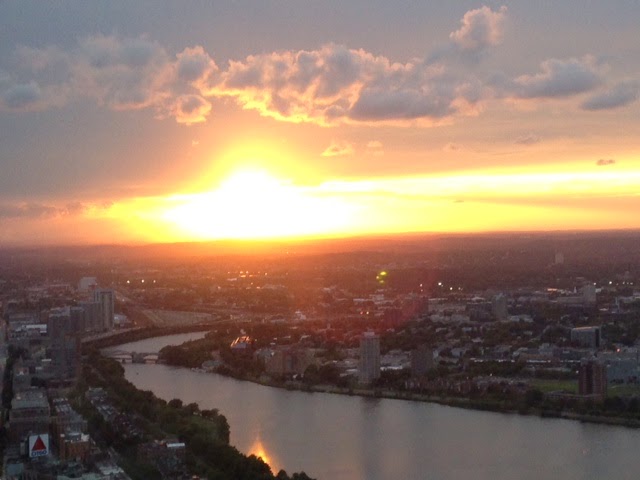 A little overcast, but we'll take it. :)

When J and I got married, instead of giving out traditional wedding favors we decided that we wanted to make a donation to something close to our hearts in honor of our wedding guests. We decided that we would donate to Dana-Farber not really because I was a patient there, but because we know many friends and family who have been patients there. We were married in 2011, almost 2 years into my initial "no big deal" MGUS diagnosis. Little did we know how much time we would be spending there during our first few years of our marriage since I was reclassified to SMM before our first wedding anniversary. We've continued to make a donation on our anniversary every year since our wedding in 2011. 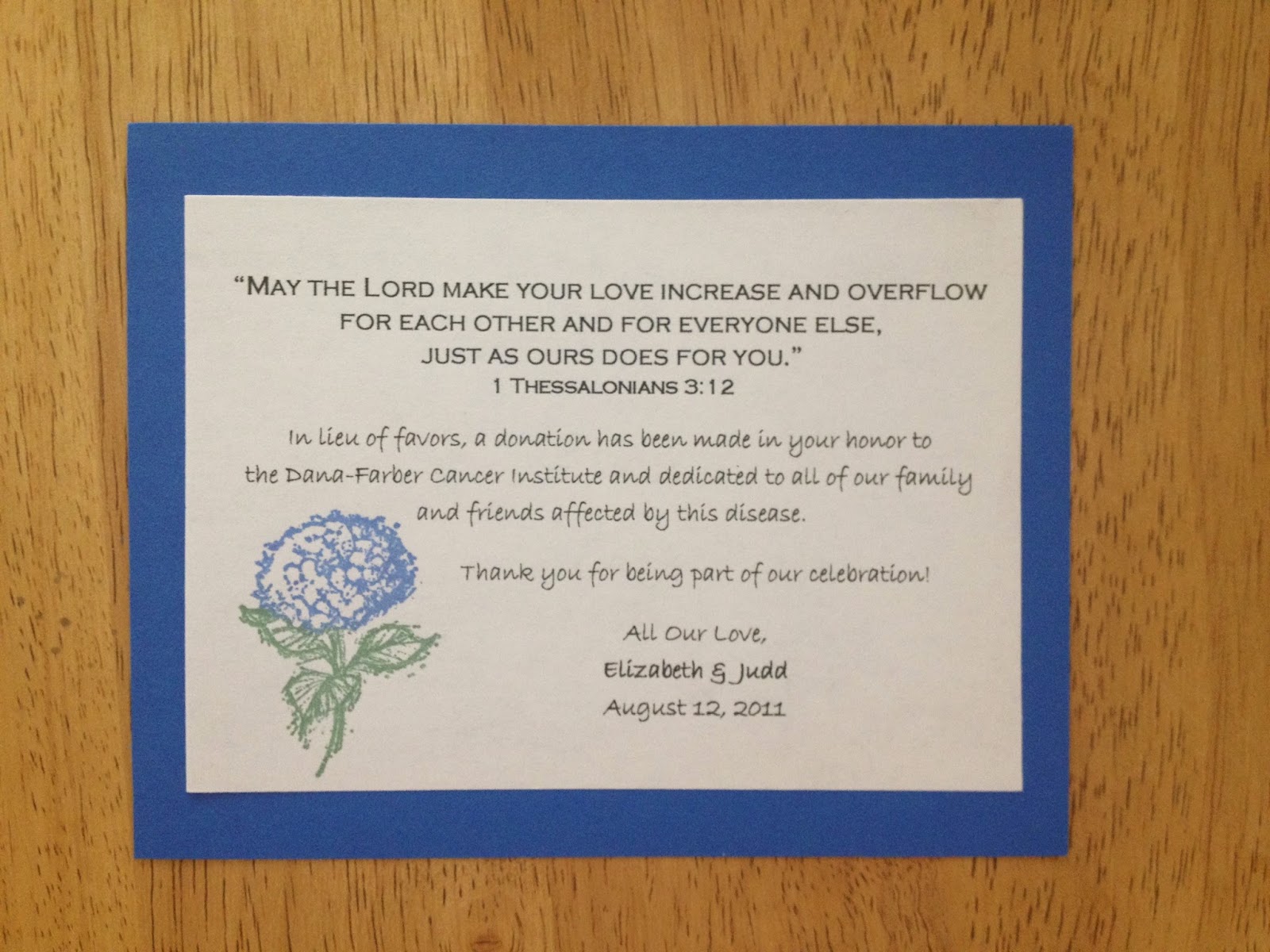 
That being said, because we are somewhat recurrent "donors" we receive a Dana-Farber magazine called Impact. In the summer edition of Impact there is an article called, Leukemia & Lymphoma Society grants delve deeper into biology of blood cancers, broaden access to clinical trials. This part of the article was really interesting to me:

New funding from the Leukemia & Lymphoma Society
(LLS), a longtime supporter of Dana-Farber, will allow
investigators to make inroads into the biology of blood
cancers and move research findings from the laboratory to
the clinic to benefit patients around the world. LLS recently
awarded eight grants to Dana-Farber researchers, totaling
more than $8.5 million.

Irene Ghobrial, MD, received a five-year Specialized
Center of Research (SCOR) grant to identify the precursor
stages of blood cancers and attempt to delay or thwart their
progression to malignancy. She and her colleagues will
study how blood cancers evolve over time and how disease
progression occurs during the transformation from precursor
states to full-blown cancer. In addition, physicians will see
patients in the early stages of disease, including acute myeloid
leukemia (AML), myelodysplastic syndromes (MDS), and
multiple myeloma (MM), in a new Hematologic Malignancy
Precursor Clinic.


Sounds like good research to me!
Posted by Elizabeth at 7:23 AM No comments: