I received the CDs from my skeletal survey and CT of my arm from the NIH. I have NO idea how to view the images from the CT scan. It said there were 690 images...of my arm...how is that possible?! I gave up and I stopped pretending I knew what to look for.

On the other hand, like I posted a while back re: my skeletal survey from 2009, viewing the images from my recent skeletal survey was pretty simple and straight forward. Below is the image of my left humerus from February. Can you find the thin, little, line? Also known as...the "lucent lesion." I could right away. Other people I've shown had a little more difficulty.... 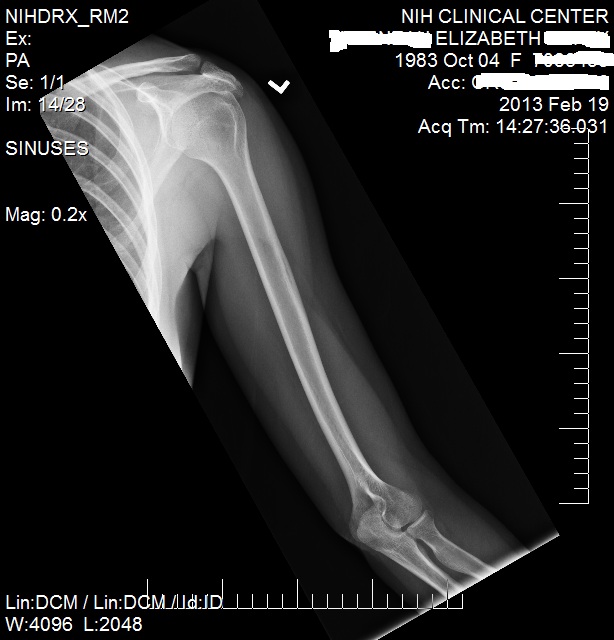 Below is the image of my left humerus from August 2009. I don't see the same little line. So, hopefully it was always there but it's just not showing up on this image? Let's hope so. 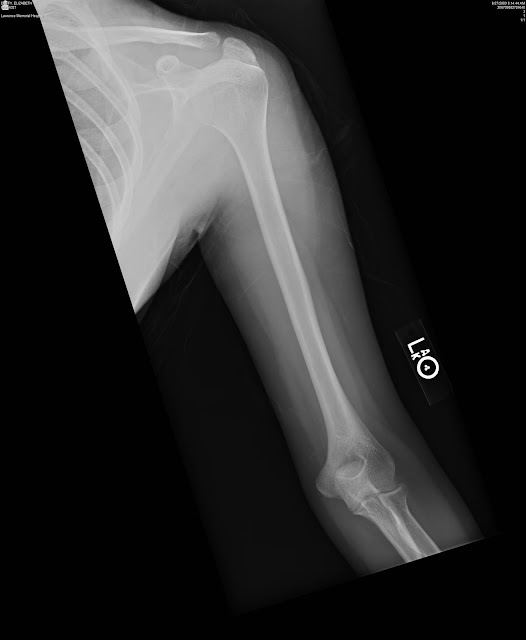