A good friend of mine gave me a book called, "Mind Over Medicine: Scientific Proof That You Can Heal Yourself" by Dr. Lissa Rankin, MD.

Now, after just reading the title I was already a bit skeptical! But, since I am participating in a Mind/Body Supportive Care Trial for Smoldering Myeloma, I should probably learn how the mind affects the body, right? After reading this book, I am in no way abandoning the world of Western Medicine, but some parts of the book did give me pause.

This is a little summary of the beginning of the book:

"Through her research, Dr. Rankin discovered that the health care she had been taught to practice was missing something crucial: a recognition  of the body's innate ability to self-repair and an appreciation for how we can control these self-healing mechanisms with the power of the mind. In an attempt to better understand this phenomenon, she explored peer-reviewed medical literature and found evidence that the medical establishment had been proving that the body can heal itself for over 50 years.


This book contains tons of stories about the placebo and nocebo effects and spontaneous remissions. Just a couple of the examples, which I found absolutely fascinating:

An article from the New England Journal of Medicine featured an orthopedic surgeon who specialized in surgeries for patients who had debilitating knee pain. "The patients in one group of the study got Dr. Moseley's famous surgery. The other group of patients underwent an elaborately crafted sham surgery, during which the patient was sedated, three incisions were made in the same location as in the real surgery, and the patient was shown a prerecorded tape of someone else's surgery on the video monitor. Dr. Mosley even splashed water around to mimic the sound of the lavage procedure. Then he sewed the knee back up. As expected, one third of the patients getting the real surgery experienced resolution of their knee pain. But what really shocked the researchers was that those getting the sham surgery had the same result! In fact, at one point in the study, those getting the sham surgery were actually having less knee pain than those getting the real surgery, probably because they hadn't undergone the trauma of the surgery. What did Dr. Moseley's patients think about the study results? As one World War II veteran who benefited from Dr. Moseley's placebo knee surgery said, 'The surgery was two years ago and the knee has never bothered me since. it's just like my other knee now.' "

"One study showing that patients in a control group for a new chemotherapy drug were given nothing but saline, yet they were warned it could be chemotherapy, and 30 percent of them lost their hair. In another study, hospitalized patients were given sugar water and told it would make them throw up. Eighty percent of them vomited."

This is just a small sampling of the studies referenced in the book. Mind Over Medicine also references the "relaxation response" which was discovered by Dr. Herbert Benson of the Benson-Henry Institute for Mind Body Medicine at Massachusetts General Hospital, where I am completing the smoldering myeloma mind/body study using the Relaxation Response Resiliency Program (3RP). Dr. Benson named the physiological changes that meditating people experienced "the relaxation response," which is the counterbalance to the "fight or flight response." These physiological changes that occur during the "relaxation response" include sharp drops in heart rate, respiratory rate, metabolic rate, and blood pressure.

Something to think about! ;) 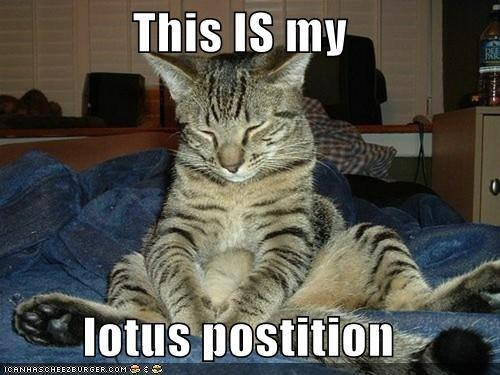